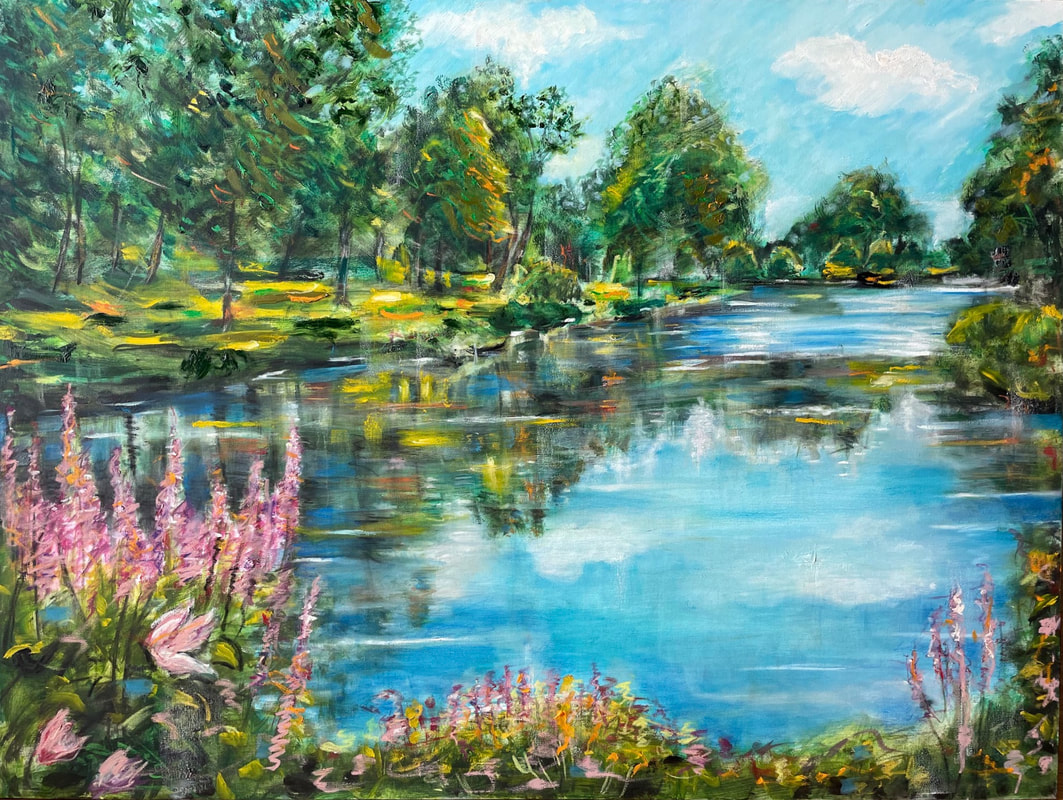 Sarkis, a former instructor at Medford Arts and prolific artist, created an impressive body of work in his lifetime. This exhibit will feature a collection of his landscape series. His love of the colors of nature are seen in these dynamic large landscapes that will fill your walls with their bursts of luscious color.

We are honored his family chose to support the arts by donating a portion of the proceeds to Medford Arts.  You can get a preview of these incredible landscapes as well as a collection of his greco roman works at MedfordArts.com

Sarkis Mazmanian whose work is characterized by an exquisite refinement as well as impressive originality, has been featured in many art shows including a one man show at the Broome Street Gallery, SoHo,New York, N.Y. His art has been featured at the Ariel and the Caleum Galleries in Chelsea, New York,N.Y. In November of 2017 his art was featured at The Amsterdam-Whitney Gallery in New York, N.Y. Sarkis has received many commissions, which include a ceiling painting at the Belmont Mansion in Philadelphia, Pa. He has painted a landscape mural for the lobby of the Widener Building in Philadelphia, Pa. Sarkis has been commissioned for numerous portraits and murals, and has done special art projects for the Philadelphia Art Alliance. Sarkis, who earned his B.F.A. from the University of the Arts in Philadelphia and also did postgraduate work at The Pennsylvania Academy of Fine Arts, is well known as a muralist and very versatile painter and sculptor. 'Artspeak Magazine' describes Sarkis as 'possessed of a remarkable draftsmanship that makes it possible for him draw upon the past in a particularly pleasing manner, approaching the masters that he admires with the familiarity of a peer.' 'In larger paintings and sculptures, Mazmanian achieves a sense of physicality and visual impact that is strictly contemporary without sacrificing the links to the ancient past that serves as his inspiration. The review closes by saying that 'Sarkis Mazmanian emerges as an artist whose timeless and universal vision will always be appreciated. He has a creative power that is timeless.'

In other reviews, Sarkis has been described as 'a visual magician with the technical ability to make his most fanciful visions wholly believable.'

Sarkis was proud of his paternal Armenian ancestry. His paintings depicting aspects of this
culture are numerous from the famous Mt. Ararat, to the Armenian dancers, churches and
crosses.