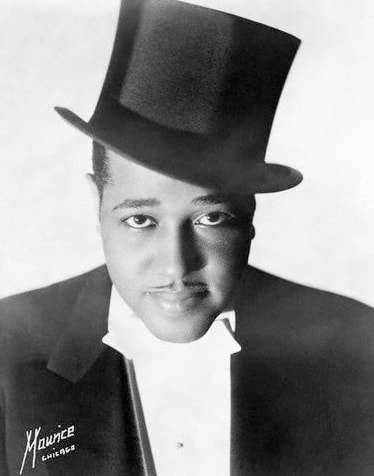 The Harlem Renaisance was a period of increased recognition and involvement in various cultural movements and developments. Duke Ellington played a major role in popularizing jazz music in Harlem, and throughout the nation. Aside from his live performances at the Cotton Club, Ellington also wrote music for Broadway musicals
BIOGRAPHY
Born on April 29, 1899, Ellington was raised by two talented, musical parents in a middle-class neighborhood of Washington, D.C. At the age of seven, he began studying piano and earned the nickname "Duke" for his gentlemanly ways. Inspired by his job as a soda jerk, he wrote his first composition, "Soda Fountain Rag," at the age of 15. Despite being awarded an art scholarship to the Pratt Institute in Brooklyn, New York, Ellington followed his passion for ragtime and began to play professionally at age 17.

In the 1920s, Ellington performed in Broadway nightclubs as the bandleader of a sextet, a group which in time grew to a 10-piece ensemble. Ellington sought out musicians with unique playing styles, such as Bubber Miley, who used a plunger to make the "wa-wa" sound, and Joe Nanton, who gave the world his trombone "growl." At various times, his ensemble included the trumpeter Cootie Williams, cornetist Rex Stewart and alto saxophonist Johnny Hodges. Ellington made hundreds of recordings with his bands, appeared in films and on radio, and toured Europe on two occasions in the 1930s.

​
After the Harlem Renaissance, the Great Depression hit. It nearly destroyed the recording industry, but due to his newfound notoriety, Ellington was not dropped by the record labels. The Orchestra hired Ivie Anderson as a vocalist; she can be heard on “It Don’t Mean a Thing (If It Ain’t Got That Swing.)”

While the Great Depression gripped the world, Ellington and his Orchestra gained a following internationally. In 1933 and 1934, they visited Europe, finally reaching their European fans. In the later 1930’s, he left Mills and signed with the William Morris Agency. Ellington went on another successful European tour, but was overshadowed by the looming World War.
Duke Ellington’s greatness is undeniable. He is arguably the greatest jazz musician ever, was a key aspect of the Harlem Renaissance, and was an era-defining musical genius. In 1965, Ellington was on the short list for the Pulitzer Prize in music, but no award was given that year. In 1999, he posthumously received a special Pulitzer Prize “in recognition of his musical genius.”